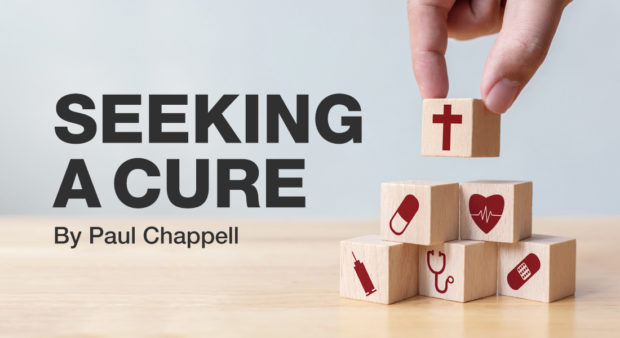 HOURS BEFORE THE WORLD rolled into the new decade of 2020, a group of Chinese doctors worked tirelessly to understand the sickness they now found themselves treating.

Dr. Li Wenliang, an ophthalmologist at Wuhan Central Hospital, noticed seven cases of an unusual virus, which he thought looked similar to the Severe Acute Respiratory Syndrome (SARS) which had led to a worldwide epidemic in 2003. He was correct. What he did not know, however, was that this virus he had seen, while related to SARS, was an entirely new virus, which would eventually be named COVID-19.

Less than ten days later, Dr. Li contracted the virus while treating another patient. By January 10, 2020, he began experiencing the virus’ symptoms. Two days later, he was hospitalized. On February 7, he died.

Meanwhile, the virus began to spread. On January 13, a case was reported in Thailand. On January 20, it showed up in South Korea. On January 21, it was discovered in the United States. By March 11, the World Health Organization officially declared it a pandemic. Now, the virus has infected every continent on the globe, except Antarctica.

This, of course, is not the first pandemic that has swept our world. In fact, as our society searches for a cure for Covid-19, many have looked back to previous epidemics, such as the flu of 1918, to learn how practices such a social distancing can slow the virus’ spread.

But even before 1918, or any of the other world-altering epidemics of the previous centuries, our entire world has been infected with a different kind of virus. This virus cannot be stopped by social distancing, for it is a spiritual disease—passed down to us from our planet’s first parents, Adam and Eve.

The Bible tells us in Romans 5:12, “Wherefore, as by one man sin entered into the world, and death by sin; and so death passed upon all men, for that all have sinned.”

The virus is sin, and it causes spiritual death and separation from God. And yet, God in His great mercy, has provided a cure—forgiveness and eternal life. Allow me to share with you how you can have a relationship that brings this cure of forgiveness from God, through Jesus Christ.

GOD LOVES YOU. Even though mankind, from the beginning, has rejected and disobeyed God, He wants a relationship with you and me. In fact, the most well-known verse in the Bible tells us of God’s love: “For God so loved the world, that he gave his only begotten Son, that whosoever believeth in him should not perish, but have everlasting life” (John 3:16).

God made a way for us to know Him, and He doesn’t leave us guessing at how we can—He tells us in the Bible. In 1 John 5:13, He says, “These things have I written unto you that believe on the name of the Son of God; that ye may know that ye have eternal life…”

So, if God loves us and wants us to have eternal life, why is there still this virus of death? The answer is simple:

EVERYONE IS A SINNER. The Bible tells us that it is sin that keeps us from God. Sin is anything we do, say, or think that is contrary to God’s laws and commandments.

As we saw in Romans 5:12, since Adam and Eve, the first man and woman on earth, a sin nature has been present in all people. No one had to teach us how to sin; sinning comes naturally to us.

So sin separates us from God. It makes an impossible chasm between us. Romans 3:23 says, “For all have sinned, and come short of the glory of God.”

SIN HAS A PRICE THAT MUST BE PAID. Also, our sin has a penalty. Romans 6:23 says, “For the wages of sin is death…” The “wage” or payment for our sin is spiritual death—eternal separation from God in Hell.

Our own works and religion are not enough. Some people believe they can pay the price for sin by doing good works or being involved in religion. This may seem logical, but it’s not what the Bible says. In fact, the Bible specifically tells us that we can’t earn our way to Heaven through good works.

We have seen reports in the news of people from Iran and India who have devised their own “medical” drinks to prevent or overcome COVID-19. Instead of providing a cure, however, those who took them became more ill, and some died.

Similarly, we cannot provide our own cure for sin. Ephesians 2:8–9 says, “For by grace are ye saved through faith; and that not of yourselves: it is the gift of God: not of works, lest any man should boast.”

So, although it is good to be kind to your neighbor and do good works, these things cannot cure us from the curse of sin.

JESUS CHRIST DIED TO PAY FOR YOUR SIN. We were lost and separated from God, but because He loved us He sent His own Son—Jesus Christ— to die on the cross for our sin. After His death, He rose from the dead three days later.

In Romans 5:8, the Bible says, “But God commendeth [meaning proved or demonstrated] his love toward us, in that, while we were yet sinners, Christ died for us.” Though we are unworthy, Jesus paid our payment when He died for us.

As Romans 6:23 tells us, Christ now offers us the gift of eternal life: “…the gift of God is eternal life through Jesus Christ our Lord.” This is a gift Christ paid for when He died for our sins. Through His death and resurrection, Jesus became the payment for our sin. Now we do not have to pay for our sin. By His grace, salvation—the cure for sin and death—is provided.

Elinor Elisberg lived to the age of 102 but had experienced what came to be known as the Spanish Influenza in 1918 at the age of 3. What saved her life—and undoubtedly the lives of others—was the white scarf tied to the family’s outside doorknob, alerting others that there was a quarantined patient inside.

Even as a virus patient will only receive treatment if they acknowledge their condition, so we must acknowledge our need for Christ.

WILL YOU TURN TO CHRIST ALONE? Although Jesus already paid for our sin and offers us the gift of forgiveness and eternal life in Heaven, we must choose to receive His gift. We must stop trusting ourselves, our works, and our religions, and turn our full trust to Jesus Christ alone for the forgiveness of our sin. Health viruses will come and go, but in Christ, you can have forgiveness and a home in Heaven that can never be taken away.

Romans 10:13 says we simply call out to Him to save us from the penalty of our sin: “For whosoever shall call upon the name of the Lord shall be saved.”

That is a promise directly from God that if you will pray to Him, confess that you are a sinner, ask Him to forgive your sins, and turn to Him alone to be your Saviour; He promises to save you…to provide a cure for sin. You can make that decision today by praying from your heart, something like this: